At Wilberforce, the goal of education is to cultivate adults who are equipped to care for, govern, and build God’s kingdom. For the majority of our students, education at the college level will be an important part of achieving this goal.

Finding a good fit for college, applying, and learning how to fund college is a process. Our school’s role is to provide guidance in this process, and to help inform and prepare students and families in each milestone.

The first and most important step in the process is to fully engage in the Wilberforce community of learners.

Please click on the links to learn more about the support we offer our students along the way.

It's easy to ask for teacher recommendations at Wilberforce. We are truly known by our teachers; we all receive individual attention and care inside and outside of the classroom.
Wilberforce Class 12 Student

Wilberforce's college guidance program is a comprehensive process that involves meetings, services and resources to successfully apply to college.

College Preparation Night
An overview of the college search and application process.

Financial Aid Night
A comprehensive look at the financial aid process, including a Q&A session. 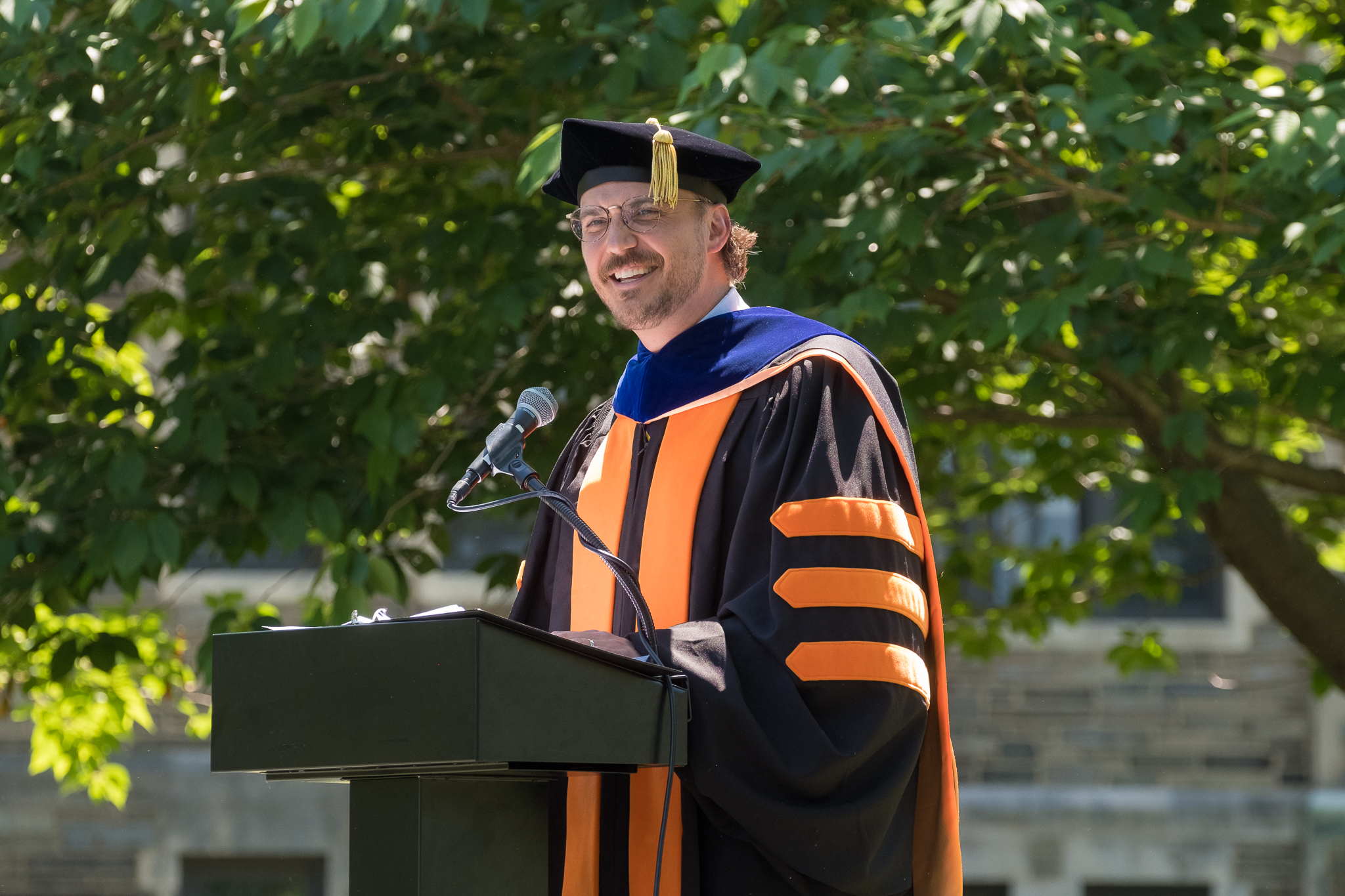 Commencement Speaker 2022 Joseph Clair
A native Oregonian, Joseph Clair pursued his education all over the world and earned degrees in both England and the United States. He became professor of theology and philosophy, founding director of the honors program, and now dean at George Fox University. Joseph received his Doctorate of Religion, Ethics, and Politics from Princeton University in 2013. He earned his bachelor's degree at Wheaton College (IL), a Master of Theological Studies from Duke University, a Master of Philosophy at Fordham University, and Master of Philosophy of Religion from Cambridge, where he studied as a Gates Cambridge Scholar. Joseph is the author of Discerning the Good in the Letters and Sermons of Augustine (Oxford University Press, 2016) and On Education, Formation, Citizenship, and the Lost Purpose of Learning (Bloomsbury, 2017), along with numerous articles and essays on faith, culture, education, and ethics. In his spare time, he likes to spend time with his wife, Nora, play with his four children, fly fish Oregon's many rivers, and work on his hobby farm.